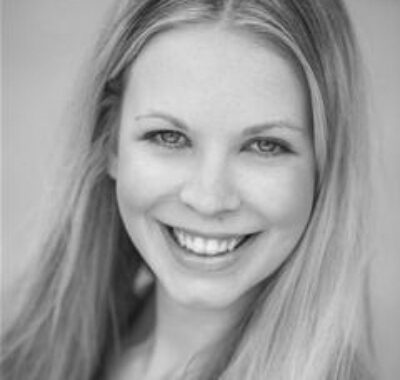 Annie was born and grew up in rural Oxfordshire. As a child, she was a gymnast and spent most evenings mastering back-flips and bar routines at her local club. When she was seven, she started doing impressions of characters from a film called Wayne’s World for her family at the dinner table. From then, she was always encouraged in her desire to perform. She would force friends to perform Spice Girls songs on the stage at school every lunch time, she played Sherlock Holmes at aged eight, and when she was nine, she even managed to convince her friend to help her record a radio play she had written about The Victorians! At age eleven, Annie performed in her first Shakespeare play- and that sealed the deal!

At twenty, she accepted a place at The Guildford School of Acting, where she spent three years learning all about being an actress and of course, all about staying out all night and living purely on baked potatoes and tuna mayonnaise!

In her spare time, Annie enjoys buying vintage hats, eating burgers and pasta and learning about history.
She loves performing to young audiences, she gets very excited about snow and is therefore thrilled to be working with Vienna’s English Theatre. I hope you all enjoy being SPOOOOOOKED! 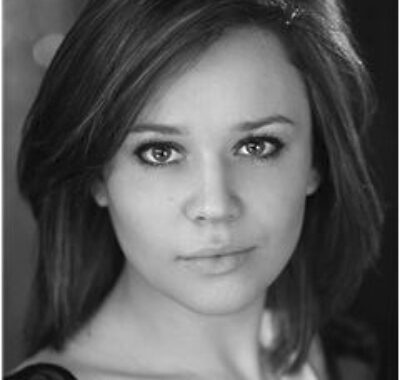 Holly is an aspiring actress from London, who trained at The School of Creative Arts. She has had lots of exciting roles in online and film productions, including the award nominated short film Are You Albert? about a ninja granny!

For theatre, Holly has had a variety of roles including playing Roxanne in Cyrano de Bergerac in Manchester, the stubborn and penguin loving Julia in Trash, Katie in City Shorts-Fit For Work, the moody Sarah in Jog On – The Musical, the sassy Princess Anna in The Sequel and the courageous Gerda in The Snow Queen, in which she got to fly on a giant swan and defeat the evil queen herself!

Holly is absolutely delighted to be embarking on this big adventure with Vienna’s English Theatre, and cannot wait to share this spooky story with you all. 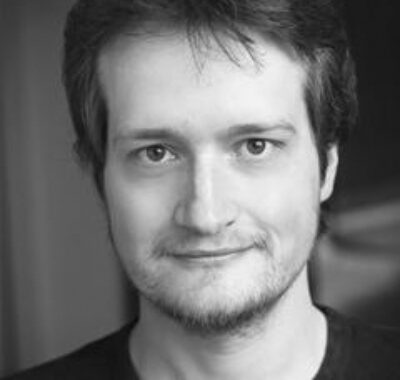 Christopher comes from Yorkshire, in the north of England. He began acting in 1990 at the age of six, when he first appeared at York Theatre Royal in the musical Oliver! Chris performed there a number of times during his childhood, and after finishing university he returned to become a founding member of the theatre’s Young Actors Company. After two years performing with this Company he was awarded a full scholarship from British newspaper The Stage to train at Mountview Academy of Theatre Arts in London. While there he received a commendation for his work, before graduating in September 2011. Only two weeks later he made his professional debut in Two Noble Kinsmen at the Teatro Delle Muse, Rome. Since then Chris has worked extensively in theatre and film, which in 2012 included a previous tour with Vienna’s English Theatre, playing Phileas Fogg in Around The World In 80 Days. Chris absolutely loved his time here, becoming a huge fan of SK Sturm Graz during his stay, and he is thrilled to be performing in Austria for a second time! 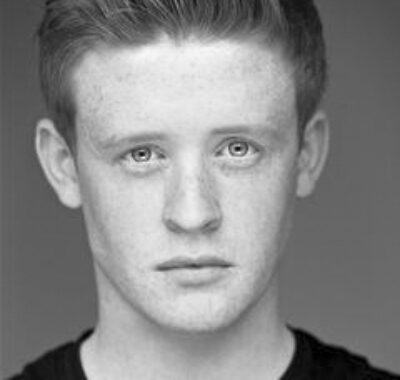 Oliver trained at The Italia Conti Academy of Theatre Arts, graduating in 2014. Credits whilst training include: Levin in Anna Karenina, Jedidiah Schultz in The Laramie Project (Edinburgh Fringe 2013), Edmund in Long Day’s Journey Into Night, Edgar in King Lear and Adam in DNA. Film Credits include: Far From the Madding Crowd. Having just graduated from Italia Conti, Oliver is thrilled to be working for such a great company.