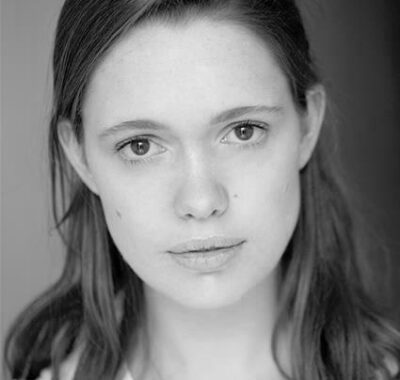 Claire is an actor musician and lives in London on a canal barge. She studied English at Oxford University and, whilst there, appeared at Oxford Playhouse as ‘Katurian’ in The Pillowman and went to Japan on the International OUDS/ Thelma Holt tour in 2015 playing ‘Lady Capulet’ in Romeo and Juliet. After graduating, Claire trained as a ’scare‘ actor and worked through Halloween at the Salford Scare Maze. She also played ‘Lady Macbeth’ and Macduff in ‘Macbeth’ and ‘Celia and Audrey’ in As You Like It for the company Three Inch Fools before going on to train at the Oxford School of Drama. Her theatre credits include: Lifeboat, Smell of Lavender, ‘Masha’ in Chekhov’s Three Sisters, Picasso, Cousins and Tennessee Williams’ Spring Storm. She is very excited to be bringing Hamlet to Austrian schools this winter, and to be joining Vienna English Theatre. She is hoping to learn some German, and can’t wait for it to snow. 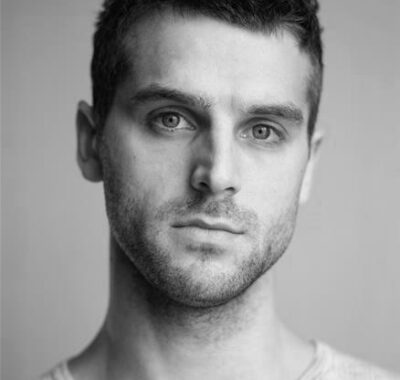 Eddy trained as an actor at Rose Bruford College Of Theatre and Performance. Some of his notable credits include ‘Demetrius’ in a Midsummer Night’s Dream at the Globe Theatre, ‘Bassanio’ in The Merchant of Venice, ‘John’ in Mike Bartlett’s 13, and ‚Andy‘ in Brassed Off. Eddy has also performed at the Soho Theatre, featured in Haolu Wang’s Emma, appeared as recurring character ‚Connor‘ in Channel 4’s Hollyoaks, and most recently played Kyle in Tom Walker’s music video for My Way. Eddy is absolutely delighted to be joining the cast of Hamlet as Horatio and Laertes. He is thrilled to have the opportunity to travel Austria with what is such an exciting piece of theatre. 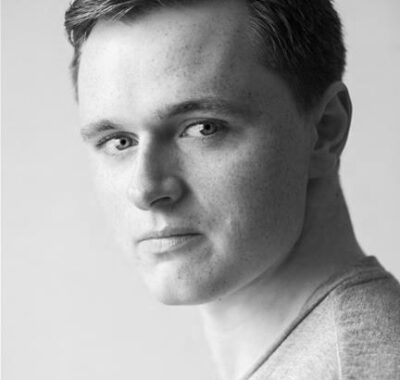 Peter grew up in a small town in Leicestershire and all the way through school his head was in the clouds instead of the classroom. Diagnosed as a serial daydreamer, he realised there was no other cure for it – he had to become an actor! He applied for drama schools and was accepted into the Royal Academy of Dramatic Art. Peter studied acting at RADA, graduating in 2015. He has since appeared in touring productions of A Well Remembered Voice with the IO theatre company, Chelsea’s Choice with Alter ego, and has created his own company, Tiny Room, with which a play that he wrote, directed and starred in has begun its own tour. This is his first visit to Austria and he can’t wait to share this production with young audiences over the next six months. 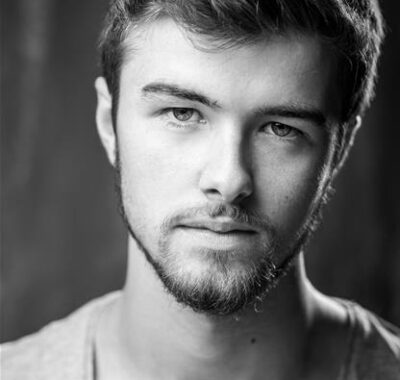 Luke is 22 years old and comes from Wales (the land of Tom Jones and Gareth Bale). He first became interested in acting when he was 10 years old, playing ‘Elvis’ in a Christmas play at school. That was the start of a long journey. Luke tried for parts in his annual High School productions but had awful luck: he missed one year with a broken arm, another with appendicitis. His luck eventually changed when he played ‘Bugsy’ in Bugsy Malone and he then joined a local youth theatre playing ‘Jim Hawkins’ (a highlight) in Treasure Island and a weasel (a lowlight) in Wind in the Willows. A big break was playing ‘Azdak’ in Brecht’s Caucasian Chalk Circle with the Welsh National Youth Theatre, a role which involved learning to play bass guitar in 3 weeks! At 16, Luke was told that Conservatoire auditions involved singing and dancing as well as acting, so he took ballet classes with lots of little girls – which was very embarrassing. Luke finally gained a place at the Royal Welsh College of Music and Drama. Now after three years of training, here he is touring Austria – living the dream!